Do you want to experience Danish culture face-first? Then let us introduce you to eight traditional Danish dishes - most of which have names that are difficult to pronounce - such as smørrebrød, frikadeller, pastries and hot dogs. 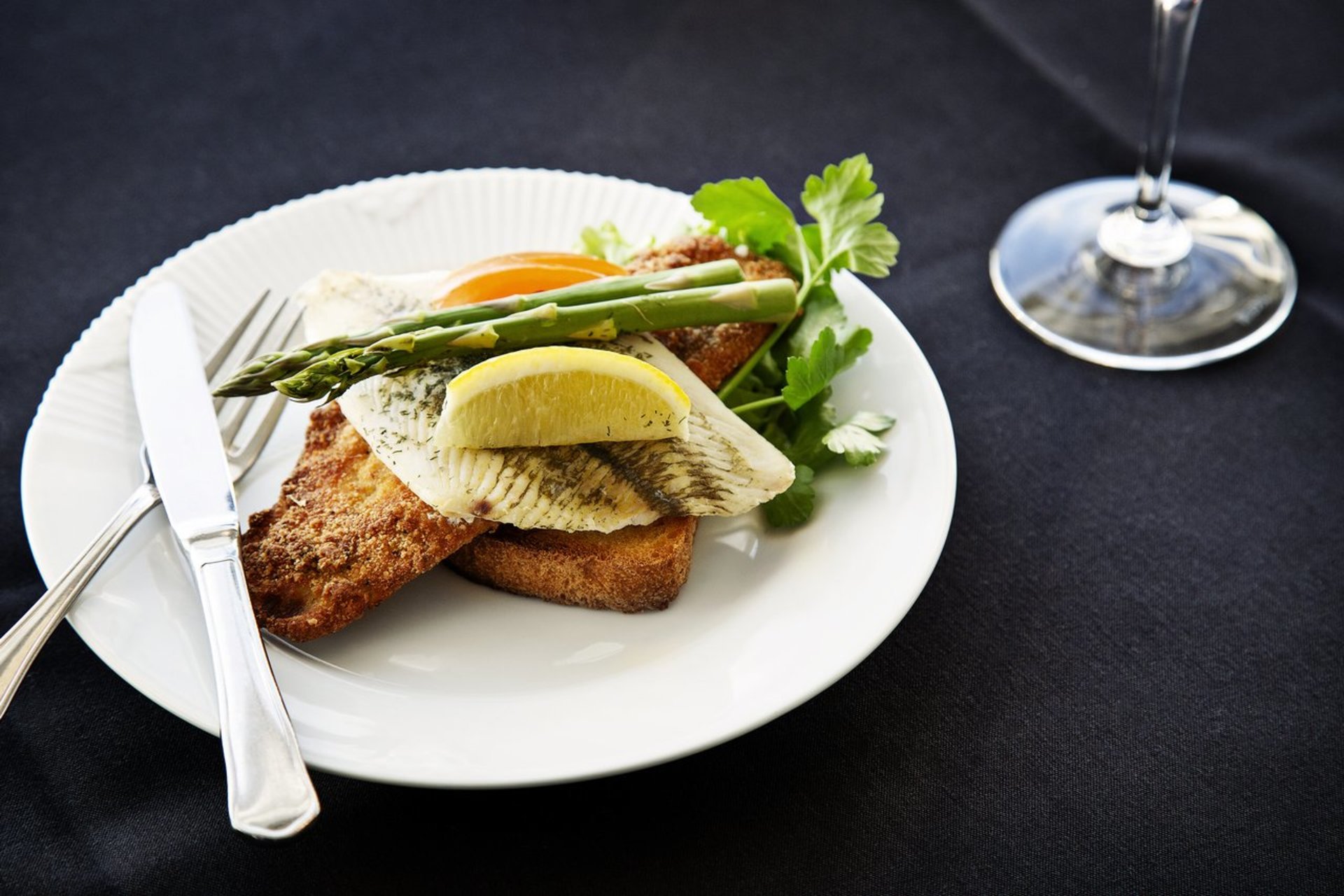 The Danish open faced sandwiches, smørrebrød, are perhaps the most famous of the Danish food classics. Smørrebrød is simply a slice of rye bread with various combinations of toppings such as pickled herring, roast beef, and eggs topped with mayo and shrimps. These heaped rye bread treats date back to the 19th century, but the handy lunch item has had a face lift in recent years and is now hipper than ever.

Fun food in Denmark: the Stjerneskud

Stjerneskud ('shooting star') is the lesser-known but more extravagant smørrebrød, and one of the Danes' absolute favorites. Stjerneskud is a slice of rye bread with fried plaice fillet, topped with shrimp, lettuce and caviar from the Limfjord. Enjoy it in real Danish show with a cold beer and finish with a schnapps.

Danish hot dog stands are a cultural institution and have been feeding hungry Danes for a century in 2021. You’ll see them dotted all over the place, and be sure to stop by one of them and grab a bite to eat while one the go. Most stands offers both the traditional red sausage hot dogs as well as more modern versions. If you want a truly Danish sight, keep an eye out for hot dog vendors walking down the middle of a main road, pulling their massive hot dog stands between home and their selling spot.

A few years ago, Danes voted on their national dish, and the winning dish, a classic pork recipe called 'Stegt flæsk med persillesovs', was no surprise. The crispy pork with parsley sauce and potatoes is a very old dish that has won the hearts, and tummies, of Danes for centuries. You can taste the Danes' national dish in many restaurants around Denmark. It is actually among the cheaper eats and if you become a fan, some restaurants even offer all-you-can-eat pork at affordable prices.

Can you keep a secret? Danish pastries are not really Danish! In Denmark, these world-famous sticky delights are called Vienna Bread (wienerbrød), as they were first made in Denmark in the 1840s by Austrian bakers. Still, Danish pastries rose in popularity over the centuries and are now a firm favourite of ordinary Danes. You can try many different types at bakeries throughout the country. Ask for the fantastically named Cinnamon Snail or Rum Snail pastries when out and about and prepare yourself for sticky fingers!

You also ought to try Denmark's world-class delicacy: oysters from the Limfjord and the North Sea. For an experience a little bit out of the ordinary you can join an oyster safari. Wearing wading boots, you hunt for oysters in the shallow water. The tours often end with a glass of champagne at the water's edge while you taste the catch of the day.

Frikadeller (Danish meatballs) are very popular in Denmark, and they are served both for lunch and dinner. Traditionally, the meatballs consist of equal calf and pork, flour, milk, eggs, onions and spices, but today there are countless versions of the Danish classic, which is also a popular smørrebrød-topping.

Okay, so technically beer and snaps are not dishes, but they go well together with the other dishes on this list.

Many associate Denmark with beer, and it may not be so strange when you consider that no other country in the world produces so much beer in relation to its size and number of inhabitants. In addition to world-renowned Carlsberg, one can taste the locally brewed quality beer at one of the many microbreweries which are scattered all over the country.

You should also try to pair your smørrebrød with a shot of snaps which is a traditional Scandinavian spirit. It is a rather strong alcoholic beverage based on aquavit, but it comes in many different flavours. Tip: snaps pairs particularly well with the pickled herring topping.

(VisitDenmark: Niclas Jessen) Cheers! - or 'Skål' as we say in Danish.