Aboriginal People have lived off the land for tens of thousands of years. As well as food, water and medicine, they hold a spiritual connection with the land: they are part of it and the land is part of them. From Sydney to Orange, from the South Coast to the North, join an Indigenous guide on a bush food trail through NSW’s national parks and coastal pathways to learn first-hand about the native ingredients essential to First Nations People, discovering a deeper affinity to nature and country along the way.

Explore how the Gadigal People once lived right on Sydney Harbour during the one-hour Aboriginal Bush Tucker Tour through the Royal Botanic Garden. Led by a First Nations guide, journey through the Cadi Jam Ora garden – a site of Aboriginal history as well as land that the First Fleet cleared to plant their foreign seeds. You’ll learn to recognise native bush foods that grow all over Sydney – smell the leaves of lemon myrtle, touch the swollen, water-filled trunk of a bottle tree, and taste the sour bursts of a finger lime. 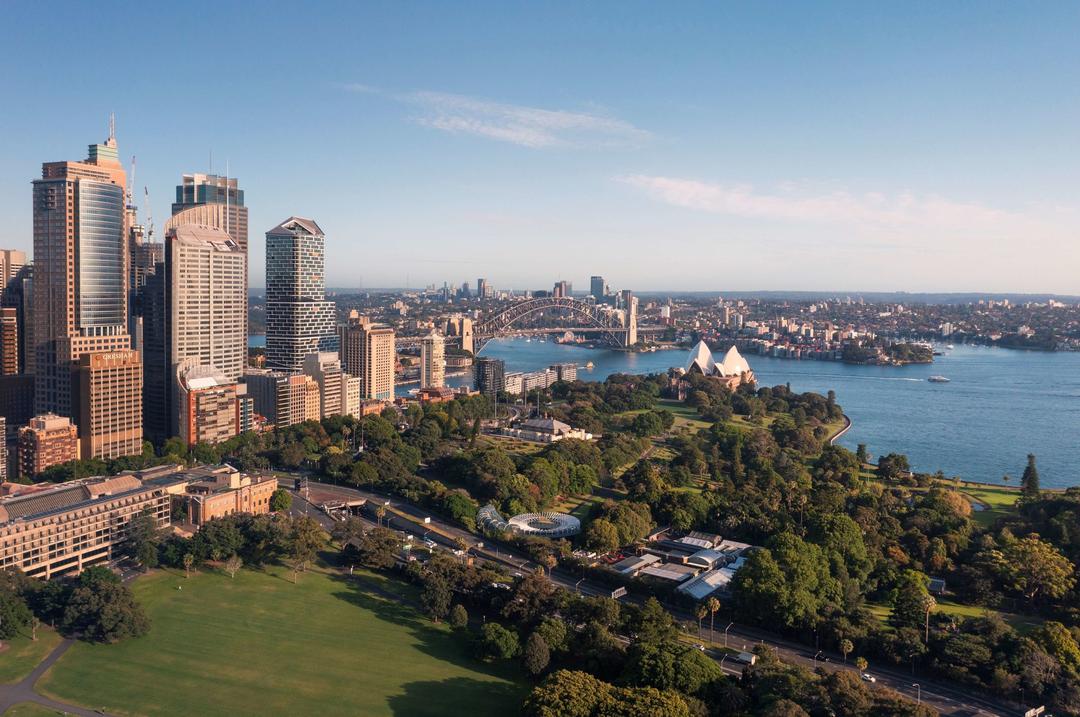 Join local Arakwal Bundjalung woman Delta Kay on a Bush Tucker Tour through the Bangalow Parklands. With knowledge passed down from her mother and grandmother, Delta points out the diverse range of edible fruits, roots, nuts, seeds and leaves that are native to the Australian bush. Watch the natural scenes of Byron Creek as you linger over a cup of bush tea and biscuits, and listen to some of the traditional Indigenous stories of the region. Along the Murrumbidgee River, proud Wiradjuri man Mark Saddler shares the connection to nature his people have fostered for many years on his Taste of Wiradjuri Tour. Learn about significant places and natural sites, try speaking the language of the Wiradjuri People, taste the native plants that grow along the river and the Wagga Wetlands, and see how nature provides in the art of traditional tool making. Orange may be one of the hottest dining destinations in NSW right now, but the Central West town has a long food history in Aboriginal culture. The Tasting Trail partners with Indigenous Cultural Adventures, so after spending the morning exploring Orange, visitors will also meet with an Indigenous Elder, who’ll share his knowledge of Indigenous food culture and the edible native plants that grow right in the historic town’s centre. Get to know the stories behind local landmarks and, afterwards, share a slice of damper with chutney and a steaming cup of lemon myrtle tea.

The ocean, or Gaagal in Gumbaynggirr language, is a revered source of food for all of us. On this 1.5-hour Gaagal Yuludarla (Ocean Dreaming) Tour around Scotts Head and Junay Gaagal (Little Beach), you’ll wander this pristine Mid-North coastline with an Aboriginal guide, and learn the creation story of the ocean and how the first wave was made. See traditional fish traps and hunting methods and learn about the medicinal plants that grow along this shoreline. This family-run boutique organic winery in the Central Coast hinterland pays homage to its First Nations people of the region in an engaging Aboriginal Storytelling and Wine Tasting Experience led by a local Darkinjung Elder. As the didgeridoo and clapping sticks vibrate around you, connect with the Elder’s storytelling – tasting native plants and holding traditional tools in your hand. You’ll also meet a Firescreek winemaker for an intimate tasting, and learn how Australian native flora and other botanicals are utilised in their award-winning wines. Teacher, horticulturalist, chef and historian, Budawang Elder Noel Butler from the Yuin Nation shares his vast knowledge of local history, environment and plants used for food, medicine and survival on his 4km Bush Food & Cultural Knowledge Walk along NSW’s South Coast. Noel and his wife Trish guide visitors along the stunning shorelines of Ulladulla – pick native berries, fragrant leaves and fuel up with a bush-food morning tea. Keep an eye out on their Facebook page for upcoming tours.

For a completely immersive experience, the two-night Yuin Retreat, offered by Aboriginal-operated company Ngaran Ngaran Culture Awareness and traditional custodian Dwayne Bannon-Harrison, explores the sacred significance of Djirringanj country of the Yuin Nation or Narooma, Bega Valley and Bermagui regions. Starting with a traditional smoking ceremony, dance and yarning circle, guests will either embark on a guided walk on Gulaga Mountain or follow the Djirringanj Dreaming Trail, followed up with an Indigenous Twist Food Journey experience, a collaboration with some of the best chefs in the country and the oldest food culture in the world.