The Grand Pacific Drive is one of Australia's most spectacular driving routes. Starting from The Royal National Park south of Sydney, this route takes you through rainforests and seaside villages as you follow the exquisite coastline.

Traversing the iconic 665 metre Sea Cliff Bridge, The Grand Pacific Drive then makes its way into the beautiful city of Wollongong, offering an abundance of adventure activities, great beaches and shopping, fantastic local restaurants and cafes, golf courses, art and culture and much more.

Discover the beautiful Kiama region and its famous blowhole, magnificent coastal walks, beautiful rainforest trails and pristine beaches. You’ll find many wonderful attractions and activities, such as Australia’s highest zip-line and kayaking on the Kangaroo River.

From the majestic coastline to the green hinterland, the Shoalhaven region of NSW is a popular holiday destination with magnificent beaches, spectacular national parks and memorable animal encounters.

The Grand Pacific Drive heads south from The Royal National Park, the second oldest National Park in the world and only 36km from Sydney. Governor Game lookout is a great spot for a break on a car tour of Royal National Park. As well as offering brilliant coastal views, it's a great place to whale watch during the migratory season. 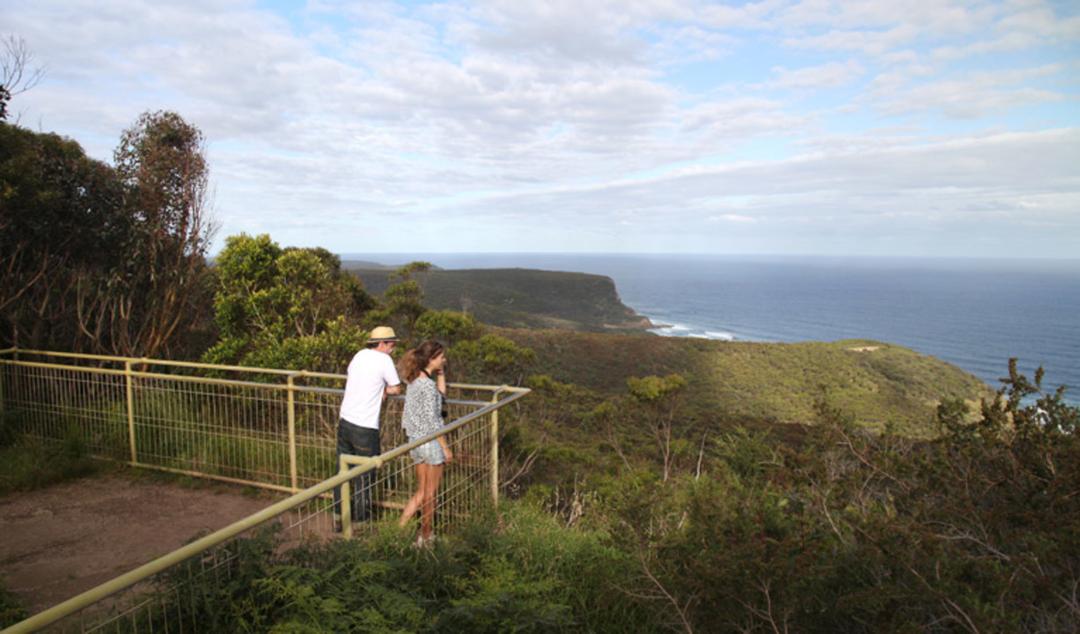 Wollongong, NSW’s third-largest city, has fine beaches, art galleries, restaurants and cafés. Stop and refresh with lunch or coffee at Belmore Basin in Wollongong Harbour. You can also stretch your legs along the Blue Mile, where you will see near the two lighthouses of Flagstaff Hill. Nan Tien, the largest Buddhist temple in the Southern Hemisphere, is another fascinating place to visit. Experience the visual delights of grand architecture and culture, including unique exhibitions and Buddhist festivals. Jervis Bay is 79km from Kiama. Just south of Kiama you will pass Gerroa, a delightful seaside escape at the northern end of beautiful Seven Mile Beach. Set amongst 40 hectares of landscaped gardens and parkland, the nearby Jamberoo Action Park has awesome waterslides and attractions to thrill the kids Drive through natural scrub and beautiful wildflowers to Point Perpendicular Lighthouse, and the spectacular escarpment at Jervis Bay. With great surf and big swell, the nearby campground attracts both surfers and families who like the choice of surf and bay beaches. The ruined Cape St George Lighthouse is perched on the edge of spectacular cliffs between Booderee National Park and the sea.

An awesome natural spectacle, the Kiama Blowhole on the beautiful NSW South Coast is one of the largest blowholes in the world.