Spend a day in North Beach, San Francisco's "Little Italy", where you will find delicious dining, interesting history and more.

This small, vivid café (caffe in Italian) is said to have made the first espresso on the U.S. West Coast back in 1956. Beat writers, artists and poets were finding homes and haunts in North Beach then, and many gravitated to Caffe Trieste. The place is still humming, serving first-rate coffee and light snacks, plus live music, including heartfelt renditions of Italian opera. It’s a good place to start the day, but is fun anytime.

Beat culture still lives, nowhere more strongly than at the self-described anarchist bookstore co-founded in 1953 by poet and publisher Lawrence Ferlinghetti. City Lights, which sprawls over three floors, specializes in artistic and political titles and is very much worth a visit.

Just across Jack Kerouac Alley, Vesuvio is home to chess players, artists, poets, neighborhood imbibers and literary tourists. There are few things finer than hoisting a pint of San Francisco’s homebrew Anchor Steam Beer on the second floor of Vesuvio and watching the world go by outside the mezzanine’s windows. 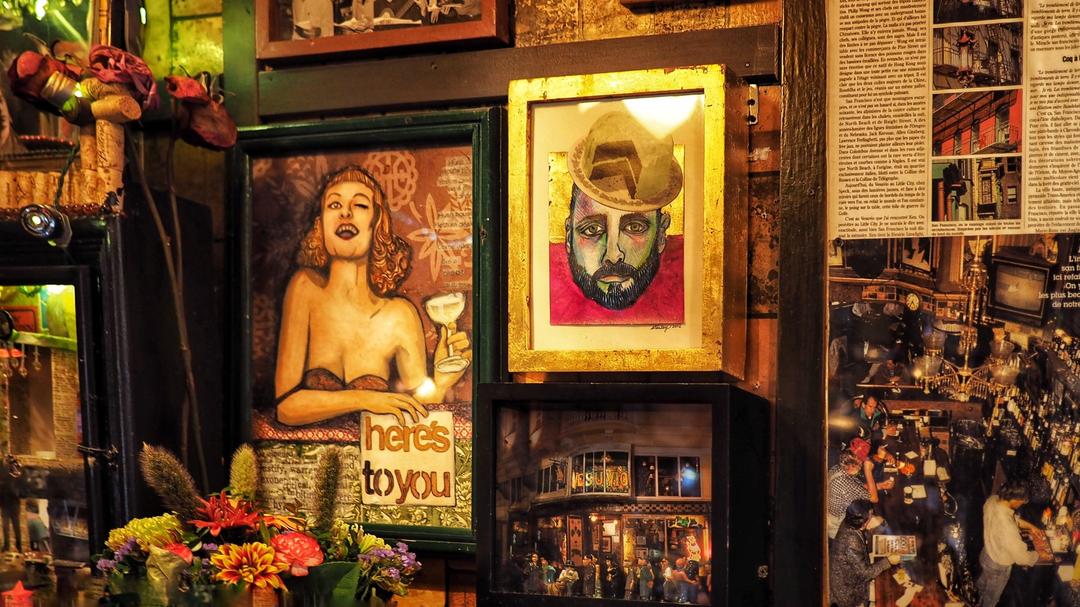 Strolling around North Beach is a simple pleasure. The beautiful white-walled church and the adjacent vest-pocket Washington Square Park, make a great destination for a stroll, and offer excellent people-watching. Among other accolades, the church was the site of Joe DiMaggio and Marilyn Monroe’s wedding photos (they were actually wed at City Hall). A superior Italian delicatessen and sandwich shop that is home to an array of sausages, cheeses and pastries in display windows, on shelves and hanging over the counter.

A good choice if you want to catch live blues music, The Saloon is one of the oldest continuously operated drinking establishments in San Francisco (opened in 1861). Housed in a three-story wooden Victorian building, it’s a good place to bend an elbow and lend an ear.