Sports are quite popular in Texas. That may come as no surprise when it comes to football, but in addition to Texas' two NFL clubs and numerous college teams, the state also boasts multiple pro baseball and basketball franchises, as well as numerous powerhouse collegiate sports programs. This means there are lots of possibilities to see your favorite sports at venues all around the state, but even if your sport of choice isn't listed below, chances are it's available.

Are you prepared for a home run? All season long, the 2017 World Series champion Houston Astros provide MLB excitement to Minute Maid Park. Take a tour of the state-of-the-art facilities, which include everything from historic Union Station and the broadcasting booth to a luxury suite, as well as the dugout and bullpen when they're open. Fans of the Texas Rangers can attend a game in Arlington during the regular season or tour Globe Life Park, which includes entertainment, a restaurant, and shopping when the club is on the road.

Major league minor league teams, two American Association of Independent Professional Baseball teams, and a Pecos League team are also available to baseball enthusiasts. With so many teams in so many cities, there's no need to miss a game. In Frisco, Round Rock, Corpus Christi, Midland, El Paso, San Antonio, Cleburne, Sugar Land, Amarillo, and Alpine, you may relax with a beer (or soda) and a dog. 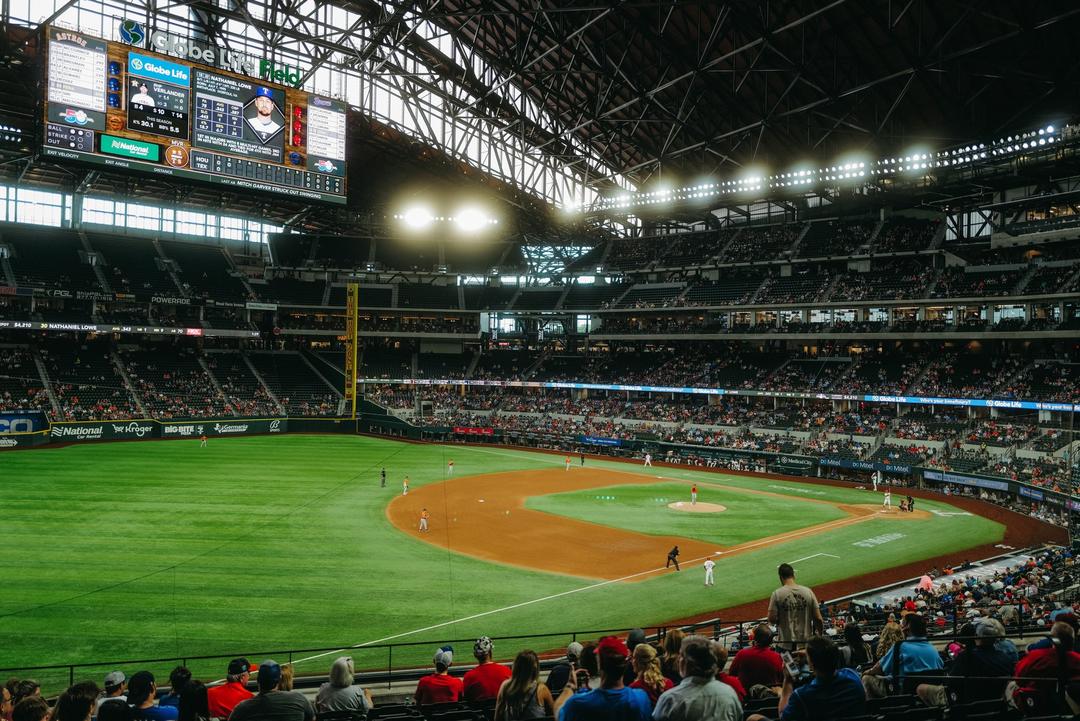 If you prefer basketball, Texas has three NBA teams (the Dallas Mavericks, Houston Rockets, and San Antonio Spurs) as well as three G League teams (the Texas Legends, Austin Spurs and Rio Grande Valley Vipers). The Dallas Wings of the WNBA call Texas home, and they are an important component of the area's burgeoning sports culture. During the NBA regular season, which runs from mid-October to April, you'll want to see a few games, but don't miss out on a stadium tour during the off-season. It's a terrific way to cool off in the summer, and you can walk directly onto the stadium floor. For more information and bookings, contact the facilities. Then there's football, of course. Shows like Friday Night Lights didn't exaggerate the state's passion for football, which spans high school, college, and the professionals. Fans of the Dallas Cowboys and Houston Texans in the NFL are split, but with the season extending from September to January, there are plenty of opportunities to see both teams in action. Cowboys fans may also go behind the scenes in two ways. Fans can tour the Dallas Cowboys World Corporate Headquarters at The Star in Frisco, which includes an indoor athletic field and a Super Bowl memorabilia display. Tours at AT&T Stadium in Arlington involve strolling onto the field, where fans can pose for photos with the big star at the 50-yard line or bounce a ball around and reenact some classic plays. NRG Stadium in Houston offers a similar tour, but without the option to run around on the pitch (bummer, we know). Also, don't overlook college football. On game day in College Station or Austin, you can expect to see fans from all walks of life. You don't have to be a die-hard Aggies or Longhorns supporter to join in the fun. If you want to blend in, make sure you understand the difference between "hook 'em" and "gig 'em."

Even if you are unable to attend a game, there is enough of sports history to be found around the state. You can relive some of the most spectacular moments in sports without breaking a sweat thanks to museums and exhibits dedicated to everything from the NBA to pro wrestling.