A Girls' Guide to The Houston Art Scene

Houston is a city that adores art, whether it's historical or contemporary, still life or vibrant, housed in elegant buildings or shown in the open. I realized that, happily, I'd just scratched the surface of the cultural cornucopia on offer after visiting world-class museums, live theatrical performances, and eccentric art studios.

We relocated from the suburbs to Houston last year. My spouse was immediately apparent in his want to visit the area's sporting venues, where he could watch the pros swing their baseball bats at Minute Maid Park, shoot hoops at the Toyota Center, and dash down the field playing soccer at BBVA Compass Stadium.

I enjoy sports, but I was in the center of a city with a vibrant arts scene, and I needed some culture. After discussing it with my old neighborhood pals, we decided to organize a Girlfriends Art Safari that would take place over several weekends. Our goal was to find the museums, theaters, and other performing and visual arts facilities that have made Houston prominent in the arts world. We all enjoy dance, particularly ballet, so the Houston Ballet was our first pick (the fourth largest in the country). The group moved to the Wortham Theater Center in 1987, which also houses the Houston Opera.

The Wortham Center and the Hobby Center are located in Houston's Theater District, a 17-block area. Except for New York, the neighborhood has more downtown theater seats than any other American city, thanks to Jones Hall, the Alley Theatre, and several smaller facilities.

The following event was a live theater performance. After perusing the offerings at the Ensemble Theatre, the Music Box Theater, and others, we decided to watch Stages Repertory Theatre's performance of Girls Night: The Musical. Stages, which is located just outside of downtown in the recently developed Buffalo Bayou Park, put on a show that was exactly ideal for our lady group.

"The Wortham and Hobby Centers are located in Houston's Theater District, a 17-block area. Except for New York, the neighborhood has more downtown theater seats than any other American city, thanks to Jones Hall, the Alley Theatre, and several smaller facilities."

Our next adventure took us to an ancient furniture factory that was about to be demolished. That is, until it was grabbed by a group of visionary minds and transformed into Winter Street Studios, a one-of-a-kind collection of 75 art studios featuring the work of over 80 local artists. We had a great time wandering the maze of studios and talking to the painters, sculptors, photographers, and other artists one-on-one.

The Houston Museum District is a short drive (or a quick MetroRail ride) from downtown. The neighborhood, which consists of 20 museums within a 1.5-mile radius, receives around 6.5 million people each year.

We opted to visit three of the bigger museums—the Museum of Natural Science, the Contemporary Arts Museum, and the Museum of Fine Arts—over the course of one weekend, with further trips to the more specialized museums planned.

The Hall of Ancient Egypt at the Museum of Natural Science was my favorite visit. My friend made a mental note to return with her children to view the Butterfly Center, a walk-through ecosystem of lovely arthropods, and the Hall of Paleontology, which is packed with prehistoric predator skeletons.

Because the Contemporary Arts Museum is a non-collecting organization, each visit is a new experience. Since its inception in 1948, it has hosted artists such as Robert Rauschenberg, Joan Miró, and Alexander Calder, as well as contemporary Texas artists such as Earl Staley and Vernon Fisher.

An exhibition exhibiting Marilyn Minter's paintings had just opened the weekend we were there, and we appreciated seeing Houston artist Joseph Havel's newest Art on the Lawn sculpture (the third in a series). We took a look at the schedule of upcoming exhibitions and activities, which included talks, concerts, films, and tours.

Because it's not just one building, the Museum of Fine Arts took all day Sunday. The MFAH, the Southwest's largest cultural institution, is a campus of schools, gardens, and "house museums" including the Rienzi and Bayou Bend. We saw galleries of art from many cultures and arrived just in time to see "Spectacular Rubens," an exhibition that offered us a new perspective on the term "Rubenesque." 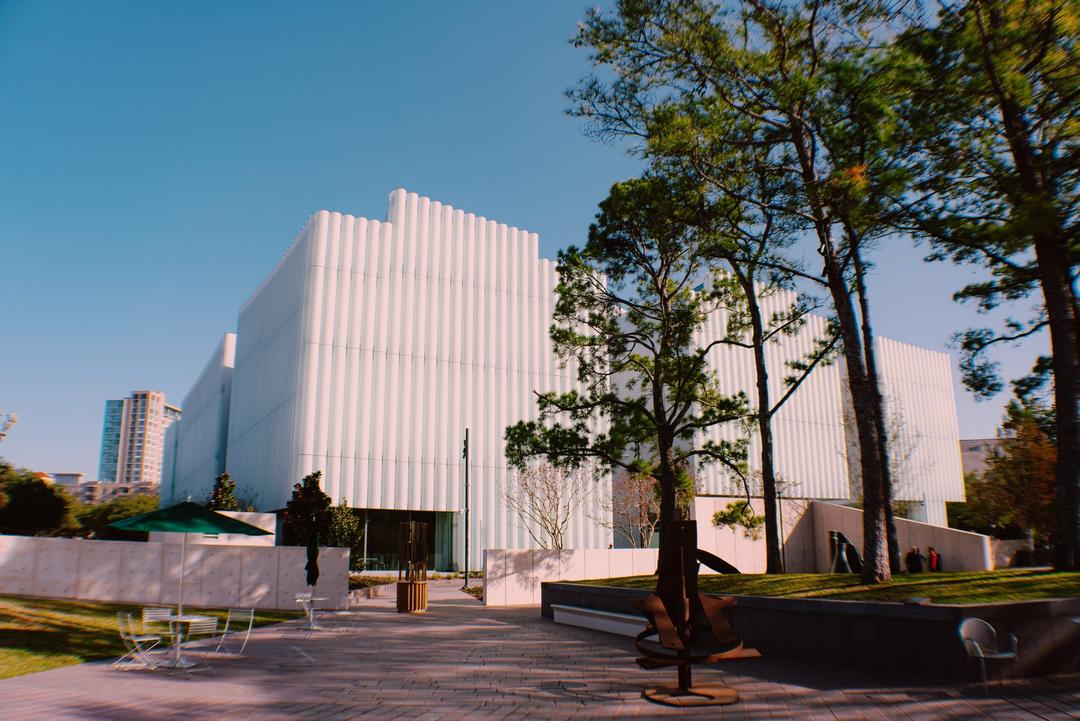 The Museum of Fine Arts, Houston

"The Museum of Fine Arts took all day Sunday, because it’s not just one building. The largest cultural institution in the Southwest, the MFAH is a campus of schools, gardens, and ‘house museums’ like the Rienzi and Bayou Bend."

During our visit, work on a makeover of the MFAH site was in full swing, with two new buildings, a new conservation center, and a landscape of plazas, gardens, and pathways connecting the entire 14-acre complex.

We visited a variety of museums, galleries, and theaters during the next few weeks. The Menil Collection and Rothko Chapel, the Asia Society of Texas, Ars Lyrica, Miller Outdoor Theatre, the Holocaust Museum, the Buffalo Soldiers National Museum, and the John C. Freeman Weather Museum were among our favorites.

The Houston Ballet was asked by the Chinese government to visit the People's Republic of China in 1995, making it the first full-fledged American ballet company to do so. Romeo and Juliet's opening night performance was broadcast live on Chinese television to an estimated 500 million viewers.